Structure in the garden is important especially as winters are long, consequently there’s box hedging in several areas though box blight appeared in autumn 2021 and the debate goes between treatment and replanting.  In spring the beds by the house show off tulips; in summer our favourite sunflower, Mezzulah, a big-headed dwarf, in September the rudbeckia and echinacea continue the flowering.

Through the archway there is a beautiful cherry tree, Prunus Kojo-no-Mai, though the blossom is seldom seen as the Bullfinches descend on it and eat every flower bud!  They are usually forgiven as they are beautiful birds.

Kirklands really benefits from the borrowed landscape.  In the back garden there is the backdrop of Saline Hill, in the front a view of the Ochils and even as far west as the Wallace Monument and Ben Lomond on a good day. The advantage is the beautiful view, the disadvantage is the frost rolls down from the hill in April often killing the blossom on the rhododendrons before they really start, but it does make them appreciate a year without April frost and the flowers bloom brilliantly. 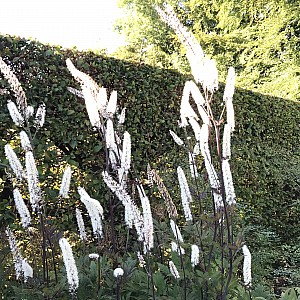 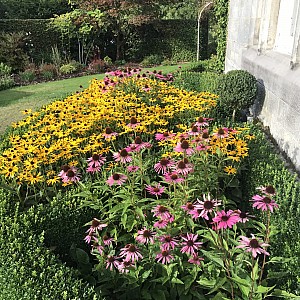 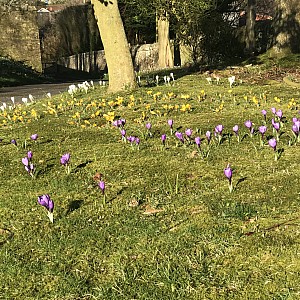 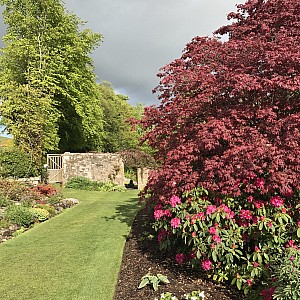 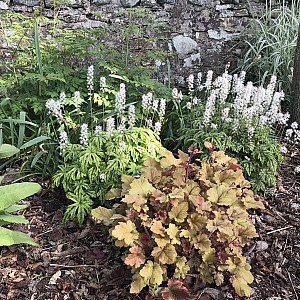 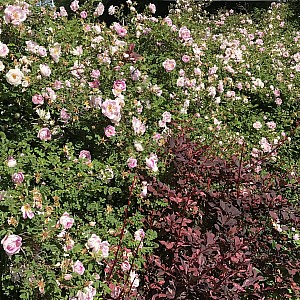 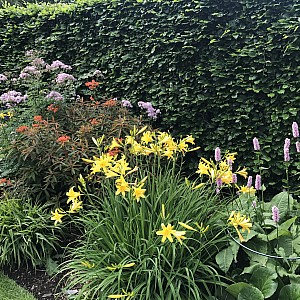 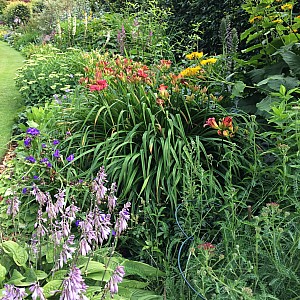 The back garden is home to a pizza oven, normally fired up on Friday evenings rain or shine. The area used to be home to the marquee on open days but now has a hot tub and terrace for summer evenings.

What is now the rockery was a grass mound when Peter and Gill came to live at Kirklands.  There is a photograph taken in 1948 of a man scything the area with chicken around his feet. The mound, they were told, was the site of an old tower mentioned in 1755 in a report about the village though excavations have not yielded any results.

Most likely the tower was somewhere else and the mound was rubble from building the house.  Slowly each year the grass was cleared, the area turned into a rockery with dwarf rhododendrons and azaleas interplanted with bulbs.

In March, the Puschkinia and Chionodoxa start to come through, followed by dwarf tulips and narcissi. Then into April the rhododendrons begin to flower; in May there are several different forms of pulsatilla, including a pale pink. As the summer approaches the low growing geraniums flower with other rock garden plants. 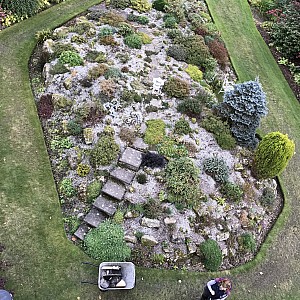 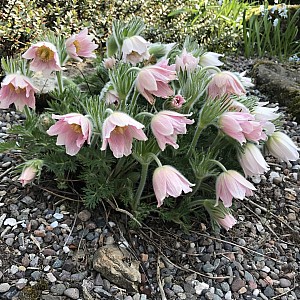 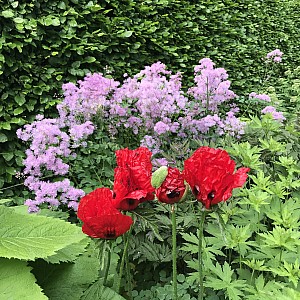 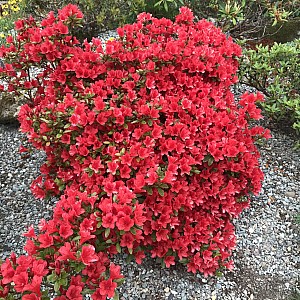 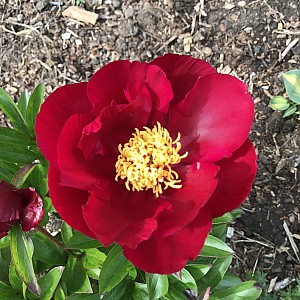 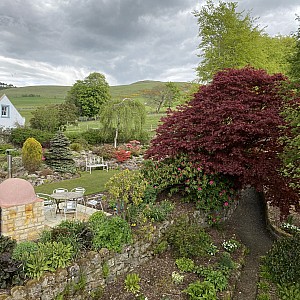 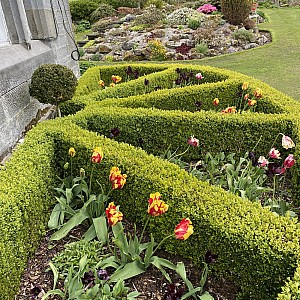 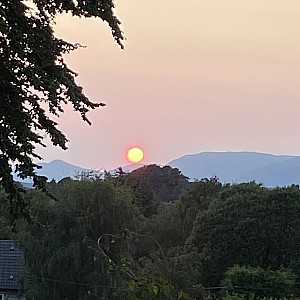