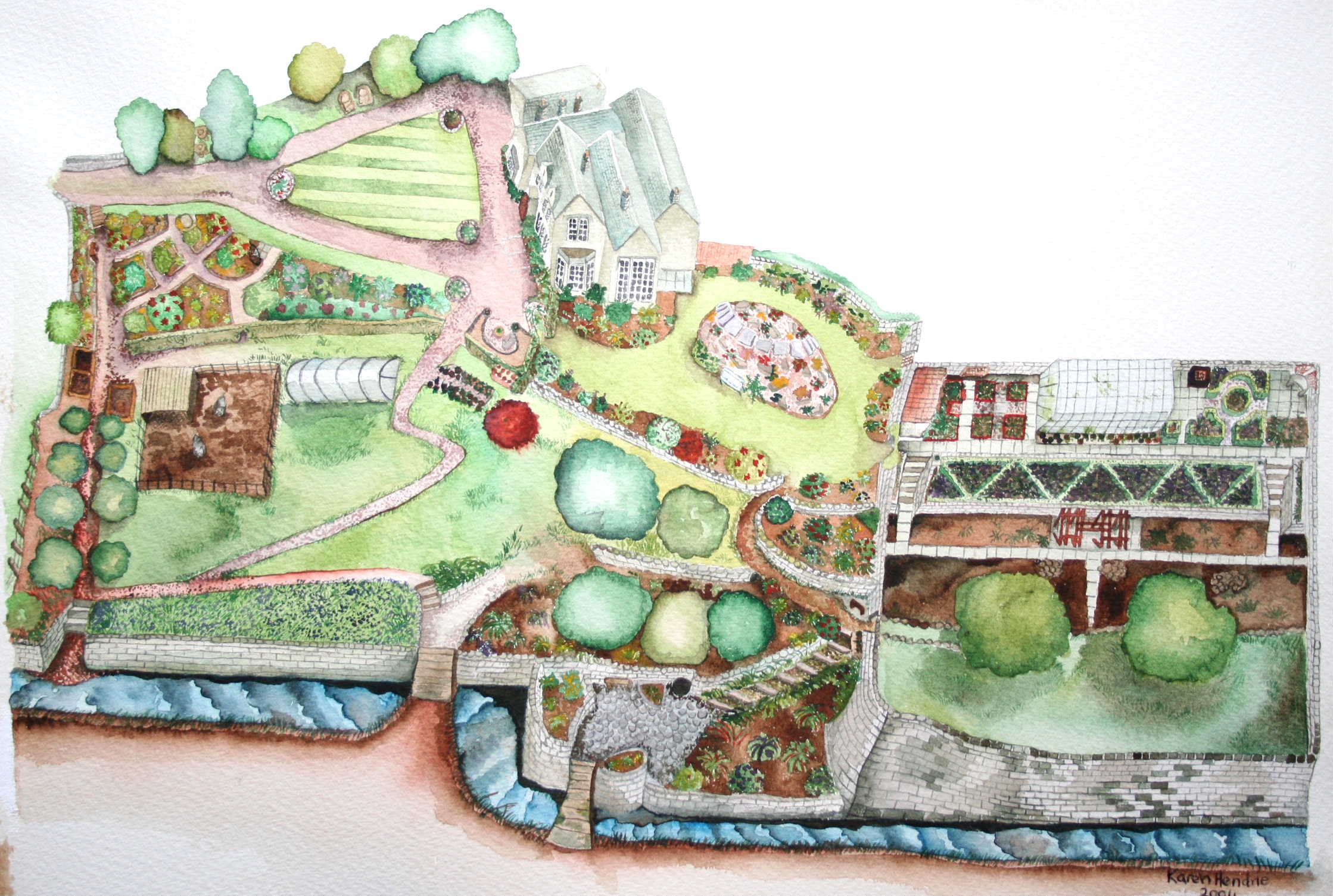 The polytunnel is a big success, it gives many advantages to extend the gardening year when it’s too cold for to work outside. There are so many jobs can be done in the polytunnel for example, growing lots of things from seed. In spring there are trays of all the latest meconopsis from the Meconopsis Society and plants from the Scottish Rock Garden club. Things propagated from the garden including pulsatilla seeds and meconopsis seeds. In the spring plants are divided up and potted on for the plant sales area.

It’s always five degrees warmer in the polytunnel than outside so it’s often described as Southampton – little bit warmer than our normal Scottish climate. Jacob and Cameron (grandsons) last year grew lots of sunflowers, which they then sold to visitors for pocket money. The 4 raised strawberry beds in the polytunnel produced a hundred pots of strawberry jam and provided strawberries for breakfast every day.

Peter completely believes in raised beds. His father always said a raised bed should be an inch taller for each year over 70. So next time they are re-built, they will have to be a few inches taller making it easier to pick the fruit!

The plant sales area consists of plants propagated from the garden. If the plants survive on this cold Scottish hillside, they will survive in most of Scotland! In recent years there have been more plants grown from seed collected in the garden, for example candelabra primulas.

When a new area of the garden is created (yes there are still areas to be developed after 40+ years) or re-developed there plenty of plants to fill the space; some have been given by friends and some from other garden plant sales.