In 1977 two ponies lived in the walled garden plus there was a row of potatoes at the top by the entrance to the garden. One of the first exciting finds were two flights of steps which had been covered with 50 years of debris and where the horses were led down to their pasture.

Over the years, it has been converted into a vegetable garden, but the slope was a little too steep. It is south facing and therefore sheltered and warmer, but not the easiest to garden successfully. In 2002 Peter started to terrace the garden and create new areas, building more steps and paths.  The project was going to take six months, but took four or five years.  Now there are raised beds, new walls and pathways giving lots of space for growing vegetables and strawberries and raspberries and black currents and blueberries. More recently some of the raised beds have been replaced trying to make it quite a productive garden for the house with the whole family joining in.

17 different varieties of apples, some heritage Apple varieties, some modern Apple varieties, and of course cooking apples grow against the south facing walls giving them the best start possible on this cold garden. 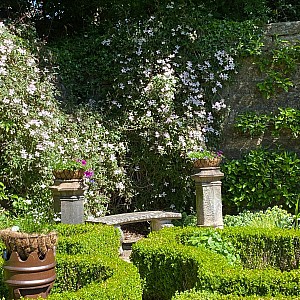 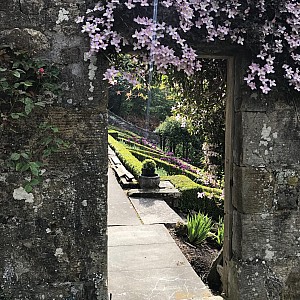 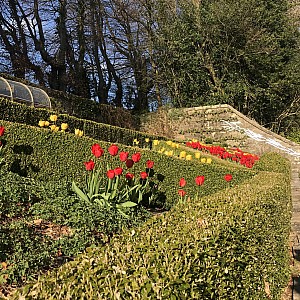 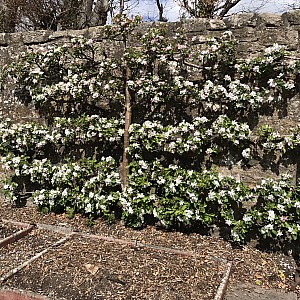 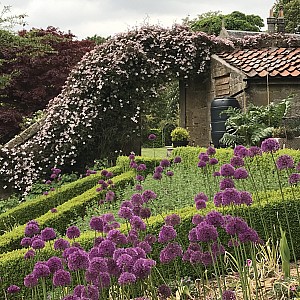 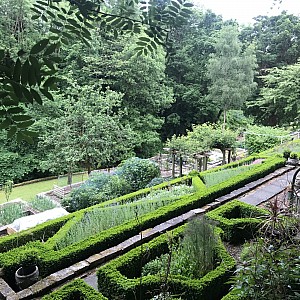 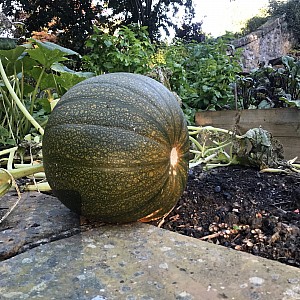 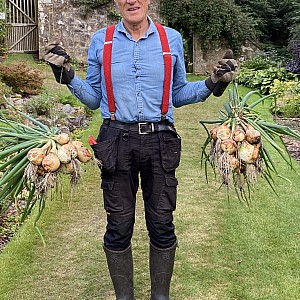 Undoubtedly the warmest part of the whole garden is the herb garden in the top corner. Initially this was a mass of nettles. There are several ‘before’ photos to help appreciate the ‘after’ photos.

The dwarf box hedging (now suffering blight) in the herb garden came to Kirklands in 1988 when Peter’s parents moved into the village and bought a cottage on the Main Street in the village.  As the cottage was undergoing some restoration work, the hedge was replanted at Kirklands.  The previous owner of the cottage on Main Street, Jock Meiklejohn, mentioned that in 1948, he’d taken a wheelbarrow to a large house a mile outside the village called Balgonar, (the house had been destroyed after a fire) and ‘borrowed’ their box hedge to plant in his garden on the Main Street.  It certain was a very old hedge.

The green house was built in 1979 after Peter was injured in a plane crash and couldn’t do the hard work in the garden.

In winter the greenhouse is used to store some of the more tender plants which need protection, for example, agave, some cordylines, agapanthus.  Also stored are the onions which seem to keep really well right into March. When the ‘Beast from the East’ hit a couple of winters ago, there was 10 feet of snow piled up on top of the greenhouse and much of it collapsed and had to be rebuilt.

In the summer the greenhouse if filled with tomato, chillies and pepper plants that are use all year round for soups and stews and pasta dishes and eating fresh over the summer. 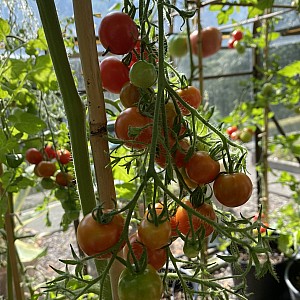 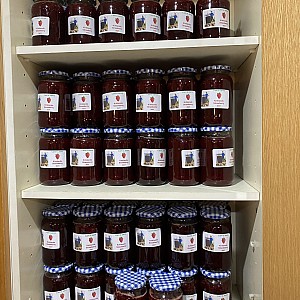 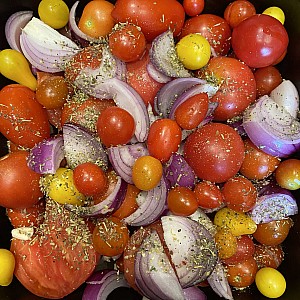 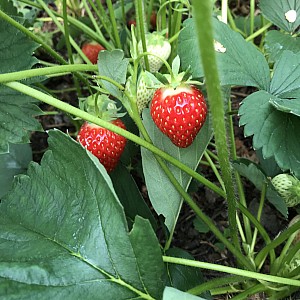 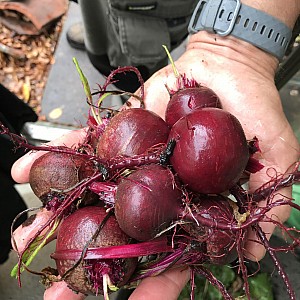 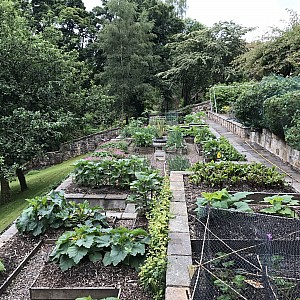 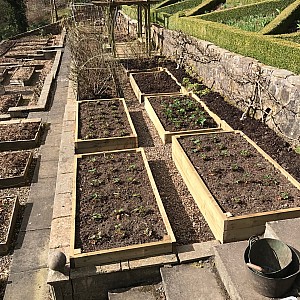